Film, Football and Death (and Taxes)

Posted on 3 February 2014 by collinlieberg

I’ve heard a saying that the news about deaths comes in threes: last week it was Pete Seeger, this week it was Philip Seymour Hoffman.  So I’m sure next week will be another influential and beloved figure.  It’s always depressing to hear about the passing of people we admire, more so when there is the sordidness of drugs involved.  Hoffman left a great legacy of films in his wake, though I wish there could have been more.  For a while I went to see everything he was in, just because he was in it.  And though I could not keep that pace up, he did make some great films and characters.  Some of my favourites included Almost Famous and Pirate Radio, though of course there were plenty of others; he did win an Academy Award, after all.  His acting will be missed.

Continuing in the world of film, I went to see American Hustle last week.

Whilst I thought it was well acted and felt very 70s, I’m not sure it deserves all the praise it has received.  Yes, it was entertaining, but I didn’t feel it was great or worthy of ‘Best Picture’ consideration.  I wondered at the appeal of Christian Bale’s character, who didn’t actually seem to be a very good con man.  Mostly, I felt bad for Jeremy Renner’s character, who really was trying to improve his city.  He was a good guy caught in the bad trappings of bad laws.  Perhaps this is a testament to their acting abilities, or perhaps a limitation of the script, but I couldn’t tell if Jennifer Lawrence’s character was smarter than she claimed and played dumb, or was actually just fumbling along; nor could I tell if Amy Adams and Christian Bale really hated each other, as they sometimes seemed to.  I wasn’t confused, per say, but I did leave the theatre questioning what it was all about.  Not in a philosophical or moral dilemma sort of way, more of a disappointment, blase sort of way.  Again, it was entertaining, but I wanted something different from a ‘Best Picture’ nominee.

In completely unrelated area, the Denver Broncos and Seattle Seahawks played in the Super Bowl over the weekend. 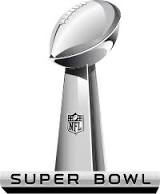 With two weeks of hype touting Denver’s prolific offense — the best of all time — verse Seattle’s stout defense, I was expecting a tight, well-fought game.  I should have realized it wouldn’t be that way, what with Peyton Manning playing in the post-season, but I certainly wasn’t expecting the rout it turned out to be.  I’ve never particularly liked Manning, or his brother Eli for that matter, but I do respect him as a quarterback.  I have no doubt he is technically the best QB to ever play the game.  Unfortunately technique does not win championships; or as has been Manning’s case for most of his career, even playoff games.  He’s great in the regular season, leading his team into the playoffs almost every season.  But as General Manager David Gettleman said of my favourite team, the Carolina Panthers and QB Cam Newton last summer, it’s time to win.  All the regular season MVP accolades, video game-type statistics and records don’t really mean much in this day-and-age of professional football.  For better or worse, Super Bowl championships matter.  Now, there’s no doubt Manning will be a first ballot Hall of Fame inductee once he’s eligible, but there will always be that question of his legacy, his ability to win the big game.  Sure, he did it once, but it was against the Rex Grossman-led Bears; not a football powerhouse by any means.  He’s also lost to the Drew Brees led New Orleans Saints and, now, the Russell Wilson (and the defense) led Seahawks.  It seems that against good teams Manning struggles, but is a master at ‘padding’ his stats in the regular season.  I wasn’t expecting the utter Broncos collapse, nor the complete domination by the Seahawks, so congratulations to them; I was rooting for them.

As for taxes, since there’s death, there had to be taxes, right Ben Franklin?  It’s that time of year again, so good luck doing them.