Why ’12 Years A Slave’ Should, But Won’t, Win Best Picture

Posted on 6 February 2014 by collinlieberg 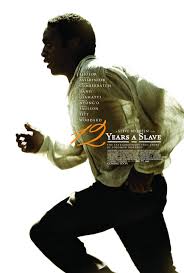 I literally just got home from seeing 12 Years A Slave.  It’s the most powerful movie I’ve seen in a very, very long time. I wouldn’t say it’s ‘entertaining’ in the traditional sense of harmless distraction, but it is engaging, thought-provoking and rather beautiful.  However, because it’s not ‘entertainment’, it probably won’t win the Academy Award for Best Picture, though I think it should.

It is a fairly good representation of history, though, which compounds the reasons it won’t win.  Since the Academy is designed for an American audience, and Americans have a difficult time facing and acknowledging their past, I can’t see them rewarding a film that displays such a harsh truth.

As both an historian and teacher, I’ve struggled with the issue of slavery in the classroom.  Obviously it’s a hugely important and impactful part of American history, but there are other issues to deal with as well.  In the overview course that I teach both slavery and the Civil War are covered in a two-week period, one seminar for each.  We’ve got to cover the entirety of American history, from initial settlement to contemporary times in twenty weeks.  That is not nearly enough time to cover any broad topic in any sort of depth or detail, so instead each seminar focuses on a narrow issue of the period.  For the Revolutionary era, for example, we discuss the Declaration of Independence and the Constitution and the issues those raise in a wider context.  For slavery we tend to deal with slave revolts, not really abolition or the brutality of it.

This film, though, does not shy away from these disturbing realities.  It tells the true story of Solomon Northup (played brilliantly by Chiwetel Ejiofor), a well-educated, well-traveled and intelligent free black man from New York state who gets kidnapped and sold into slavery in the antebellum South.  During his twelve year enslavement, he faces the full spectrum of slave experiences, from kind masters to jealous mistresses to cruel overseers.  It’s both a sad and harrowing tale of Solomon, known as Pratt to his masters, struggling both to stay alive and keep his own pride.  Though he is literate, Solomon must keep his knowledge a secret, lest he be beaten, as in many states it was actually illegal for slaves to be able to read and write.  He sees others suffer and wish for death, even ask him to put them out of their misery, but cannot.

I was struck by three things in particular about the film — the actors, the reality of the history and the cinematography.  First, almost every actor for the major roles in not American.  Solomon (Ejiofor), his first master Ford (Hollywood go-to it-boy Benedict Cumberbatch), his brutal master Epps (German/Irish/British also Hollywood it-boy Michael Fassbender), even his friend Patsey (Mexican-born, Kenyan and American-raised Lupita Nyong’o) are all foreign.  Director Steve McQueen is British, too.  Yes, there are Americans in the film, with notable cameos by Paul Giamatti and Brad Pitt, and a minor part by Sarah Paulson, but the major players are not.  Maybe Americans didn’t want the main parts, or they would be forced to face their history.  Or perhaps it takes non-Americans to fully address the horror of slavery.

The second thing that struck me was the reality of the conditions.  Almost everything concerning slave life in the film has come up in class or essays.  There were kind owners (an oxymoron if ever there was one, yet played well by Cumberbatch), cruel owners (Fassbender) and white wives who were jealous of the infidelity of their husbands (Paulson).  The ‘double burden’ for female slaves — both slaves and objects of sexual abuse by their owners — was portrayed, as was the sense of helplessness it caused.  The film also showed the harsh working and living conditions slaves faced; having to pick 200 pounds of cotton a day and living in cramped, overcrowded houses.  It also went into detail in regards to punishments.  Not only did it show how often slaves were beaten (daily, if they didn’t meet their cotton quota), but it showed the pain and scars the whipping left.  The movie pulled no punches.

The third thing that really struck me about the film, in addition to the great acting by all involved and historical aspects, was the beauty of the cinematography.  Used as a metaphor against the harshness of being a slave, the blue skies, orange sunsets, willow trees and general scenery served as a reminder of Solomon’s hope of freedom.  It reinforced that even when things seem their most desperate, there is still a chance of redemption and change.

The film should win Best Picture — if for nothing more than the teaching tools it can give to historians — but it probably won’t.  No one likes to be reminded of their failures, and for all the good things America has done before and since, slavery still remains the biggest shame for the country.  The Academy won’t reward that shaming.

1 Response to Why ’12 Years A Slave’ Should, But Won’t, Win Best Picture